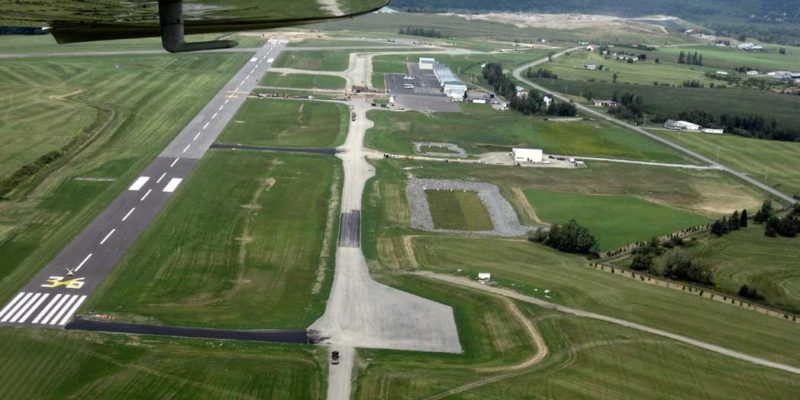 In 2015, Casella Construction, Inc. (CCI) was contracted to complete the Taxiway A thru E Reconstruction Project, a FAA Airport Improvement Project.

The project began in late April and was substantially completed by mid-October, 30 days ahead of schedule. The work was completed with minimal impact to the airport commerce, including a rally requiring a project shutdown. Earthwork was completed by the beginning of August, with average earth movement of 21,000 cy per week. This project involved demolishing all the existing taxiways and installing a 5,650 lf taxiway parallel to the main runway, 1,750 lf of stub taxiway, and 45 acres of safety area grading. Approximately 280,000 cy of earth was moved offsite to accommodate the new taxiways and safety areas. Three drainage basins, 33 drainage structures, 18,000 lf of underdrain, and 7,600 lf of reinforced concrete pipe were also installed.

In order to minimize impact to the surrounding community and infrastructure, CCI amended an existing permitted soil waste site at the adjoining property to the north, which allowed CCI to dispose of soil without traveling on public roads.

At the peak of the project, CCI invited VOSHA to visit the project and participated in their Project Worksafe Initiative. After completion of the visit they issued a report that listed no violations and complimented CCI on the execution and safety on the project.

We Take Care of our People

We believe in rewarding our employees for their hard work and commitment to continued success.

Come together as one team as you serve the community you love. We create opportunities for our team and foster economic development everywhere we operate, every day.